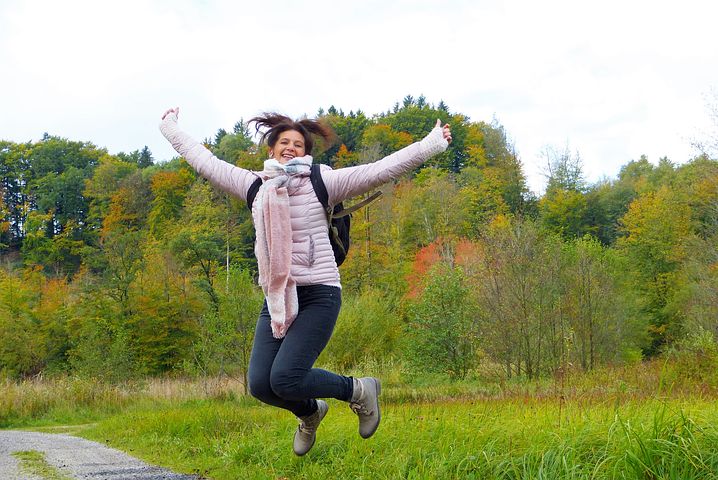 Julie was not a runner. Many of her friends had taken up jogging in recent years. Some had lost weight, others it seemed to make little difference. Quite a few had been injured. Others reported feeling better, having more energy, sleeping better, feeling less stress. Whatever, Julie was NOT a runner. She remembered those freezing cold cross country runs at school with that crazy PE teacher – so glad when it was over and she was back in the warm.

However, Julie had recently had a health check and was shocked into action by the results. Although not obese by any means, she was told she was carrying too much body fat and her steadily expanding waistline put her at greater risk for a wide range of conditions, including heart disease.

A couple of her friends had recently been diagnosed with breast cancer too, so she thought it was time to do something about it. BUT NOT RUNNING! That was the last thing on her mind.

That’s what Julie told me when she first came to see me last February.

“I’m not a natural runner, but I think I might need some gym training to get myself fitter and lose some weight”, was what she said.

I told her I fully understood and that she did not have to run if she didn’t want to – we would find other ways of losing the weight.

She told me later that she was expecting to have to do some seriously hard physical training and cut out most of her favourite foods to get herself back in shape. She wasn’t looking forward to it but felt it had to be done. Not just for herself, although that was important, but for the sake of her children too.

I think she was more than a little surprised when I started by asking her how she was sleeping. Then we talked about stress and nutrition and she realised that she could still eat as much as she wanted but just take out most of the problematic stuff.

In a quiet area we performed a body composition check and found Julie to be just a little over the recommended ‘normal’ ranges, although ironically, most of her overweight friends told her she was ‘too skinny’.

Further investigation revealed a restricted shoulder, tight spine and hips and one leg longer than the other. Improving these was a steady ongoing process. After 6 months her hips, shoulders and spine were moving much more freely.

Julie was terrified of the treadmill having poor stability and not having used one before. A slow walk, holding the rails was all she could manage.

9 months later, Julie had returned fairly effortlessly to a healthy body composition, losing body fat but not muscle and quite a few inches off the waist and hips.

She not only runs fast and confidently both on the treadmill and outside and loves it. She even goes for training runs with her young athletic daughter. She completes 5k park runs in under 30 minutes and feels great.

Julie is forever telling me that it has just been so much easier than she thought it would be.

No calorie counting – just real food, as much as she likes, whenever truly hungry. Plus the occasional sweet treat when she chooses to . No longer at the mercy of food cravings.

No brutal physical training. Just a wide range of movement patterns, using the whole body in a variety of ways. Building safe and efficient habitual movement patterns, so she feels good about moving and it’s no longer an unpleasant neccessity.

Julie’s story is important because it underlines that, contrary to popular belief, there is absolutely no need for brutal high intensity physical training, rigid dietary willpower, counting and measuring everything.

Just living like a normal human being, using our bodies as they were intended to be used.

And EVERYBODY is a natural runner – otherwise YOU WOULD NOT BE HERE, you would be EXTINCT!

Banish these ridiculous myths about fitness and weight management.

Try a gentle, supportive approach to health and fitness. Stop beating yourself into submission.

This January, you will be bombarded with diets and fitness programmes, all offering you the quick fix, the magic superfood, the perfect ‘calorie burning’ exercise regime. Resist the stupidity.

Quick fixes don’t hold – it’s progressive gradual improvement that gets the results you want because the nervous system and brain responds so much better to that.

Please only get in touch if you really want to change your life for the better and understand that it takes months, not days or a few weeks. But it’s the ONLY WAY.