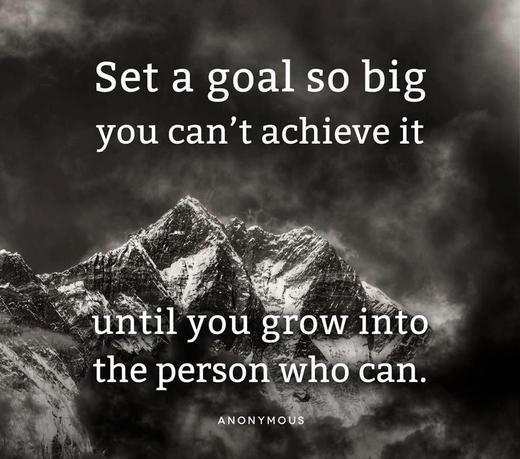 All his life Scott had been postponing that moment of supreme achievement.

Now 55, he was a high achiever and most would say he had a successful career. He had a supportive wife and two great kids, now grown up, but still he felt strangely unfulfilled. Most of his peer group regarded him as superfit – after all he ran regularly, obsessively some thought perhaps. Most of them couldn’t even run for a bus and always took the lift, instead of the stairs at work.

So what was missing from Scott’s life? Well, he just had this desire to achieve something special that would raise him above the ordinary and mundane. He wanted to do something heroic that would challenge him physically and mentally, to discover his true limits. Sure he had played around with running long distances before – a few half marathons that were ok and even a marathon – unfortunately he had run out of steam around 18 miles and ended up walking much of the last 8 miles. He would love to run another marathon and really nail down a decent time – sub 4 hours would be perfect, but anything close would make him happy, he told people.

So what was stopping him from realising his athletic potential? Work, family, injuries, colds – he felt tired and miserable much of the time and was frustrated with his life, despite outward appearances. Only running was keeping him sane and healthy and helping him to sleep. He knew it was a kind of addiction but he really could not sleep or relax without his daily run. His route varied little from day to day, with a longer run at the weekend when he had more time. Every run was the same pace or similar. He knew he should really join a club if he wanted to improve, but he liked running alone – it helped him to de-stress.

But despite all this exercise, the ever increasing belly fat was beginning to worry him and he felt so stiff and aching and strangely depressed, despite a life that many in the world would envy. He knew too many people who had passed away in their sixties and seventies through cancer and many of his friends now had type 2 diabetes. He was determined not to join them.

Fast forward 6 years – Scott had not only achieved his marathon dream, but had also completed an Ironman triathlon and several ultra marathons. I asked him what it felt like and this is what he said:

“Taking on a really massive challenge that takes you to your limits and beyond just feels absolutely amazing. The day after you feel like a God, knowing that you challenged yourself and won the mental and physical battle to achieve your dream. Your self-confidence rockets and you realise that in life EVERYTHING IS POSSIBLE – if you can imagine it you can do it. There are absolutely no other limits other than those you choose for yourself to keep yourself in the comfort zone. You are piloting the most miraculous machine in the universe with a brain millions of times more complex and efficient than the world’s most powerful computer.”

“Everywhere you go everyone looks up to you. They think you’re superhuman, a freak of nature and it’s very flattering, but I really just want to tell them that it’s not that difficult once you’ve got that dream and just relentlessly pursue it in a structured way. As long as you want it badly enough. Just keep visualising yourself at the finish, hands aloft, how you will FEEL emotionally afterwards, knowing that NOTHING can stop you, neither in sport nor in life.”

Scott is one of those people who want to achieve, to dream big and conquer. He always knew he had it in him, he just needed guidance – someone who could take all the trial and error out of the process.

He had been sick of being frustrated by constant niggling injuries and colds in Winter that had stopped him from running and had made him grumpy towards those around him. His times had showed him that he was not getting any faster. Probably I’m just getting too old for this, he had thought.

Then he had discovered a different approach to running that helped him to get faster and go further with less effort and fewer injuries. He began to understand that this could be achieved by more than just trying to run harder every day, that there was so much more to it than that. The changes he brought about not only helped him to enjoy his running even more than before and to recover faster, but also turned out to be life changing in so many other ways.

The clock is ticking.

It’s easy to just carry on doing the same as you’ve always done, imagining that somehow things will miraculously get better or just to accept that you’re getting older and you will never achieve your dreams. Scott’s story suggests that there might just be a better way forward – what is there to lose? Why not find out more?